**A work in progress; please pardon our dust**

The idea of “Old Catholic Church” goes back to the days when the Emperor of Rome and Pope fought over who could ordain bishops of the Church.  At that time Christianity had already been established as the State religion, however, the Emperor retained considerable power and influence over decisions including the investiture of bishops.  In 1122, a sort of peace treaty was created (Concordat of Worms) between the emperor and Pope, which was later approved by the very first Lateran Counsel in 1123 (Catholic Encyclopedia, 2000) giving the Pope the sole authority over the ordination of Bishops.  This was also the time period where the “Roman” church began to turn its back on the various established churches that refused to acknowledge the Pope as the sovereign ruler of catholicism (universal church).**

As a church “Emergent”, the Old Catholic Churches International is an emergent church seeking to renew the gospel and those aspects of faith that have somehow been forgotten through the years.  It is “old” in the sense that we have returned to the teachings of the “Christ”*** of Love, Forgiveness, Compassion, and Healing – yet we are Catholic in that our customs, traditions, and lineage descend through the universal (catholic) church. We do not view the Bishop of Rome (Pope) as infallible and rely on a democratic vision of governance that enhances the well-being of all who join in celebration. Not being under the authority of the Bishop of Rome also allows us the freedom to celebrate the Christian tradition as inspired by Jesus, himself. We are, therefore, open to celebrating with the People of God UNIVERSALLY and welcome all sisters and brothers to the table our Lord has set.

***In Christianity, Christ (from the Greek: Χριστός, Christós, meaning “the anointed one”) is a title given to Jesus, born of Joseph. The title was significant in that it announced Jesus as the saviour and redeemer who would bring salvation to the whole House of Israel.

When possible, Mass is celebrated from the rectory at 10:00am on Sundays and streamed live on Facebook. Links are posted on our Facebook page at: Sacred Wandering Pastoral Center, and at the live streaming page for the Old Catholic Churches International: MYOCCI Live.

We are still looking for a place to call “home” on our journey towards building the pastoral center.  Stay Tuned!

We are a church…

Sacred Wandering is listed on GuideStar, the premier listing agency in the nonprofit sector that is 100% compliant with all IRS requirements for determining a nonprofit’s eligibility to receive tax-deductible contributions. http://www.guidestar.org/profile/20-2599887.

If you would like to help support our progress, please click the “Support the Mission” button below.

Support the Mission
Do you need someone to talk to?Call us today! Members of the Sacred Wandering Group 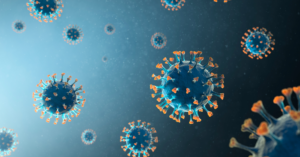 The Pastoral Center is not celebrating public services at this time.
We are, however, still looking for a permanent location where services may be held on a regular basis.
Please advise us if you know of a property that is available for a donation receipt.
All in-person sacramentals (Baptisms, weddings, and anointing of the sick) will continue with discretion.

Thank you for your understanding during these difficult times.  Please know that we will continue to keep you all in prayer.